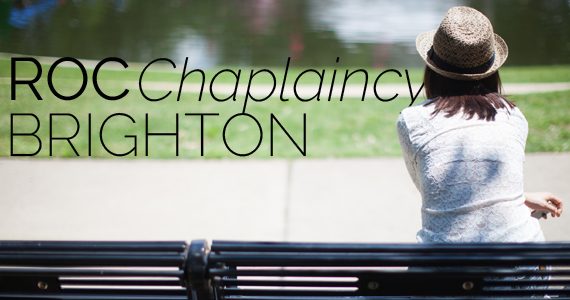 Paul Wilson, ROC’s regional development manager in the South-East, was out with the ROC Chaplaincy team last week. 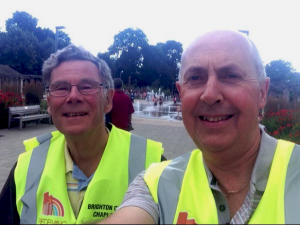 The project, a partnership between local churches and Sussex Police, was launched in Brighton in the summer of 2014.

The street chaplaincy, the first of its type for ROC, was introduced at ‘The Level’ – a busy city centre park in the heart of Brighton.

The 8.5 acre park first opened to the public in 1822 when it was left in trust to the community of Brighton.  Over the years as Brighton expanded, the park became increasingly popular as a place for people to meet and enjoy the open space, although sadly in the latter part of the last century, the park saw some decline and became tired and in need of renovation.

In 2013 it received a complete makeover as a result of a £2.3 million grant from the National Lottery. The Level has now been transformed with facilities for the whole community, including a brand new skate park area, a café, and play areas for children. The result is that the Level is now extensively used by the whole community, from young children enjoying the play area, to families and the elderly. The skate park in particular, is a very popular place with skateboarders and at any one time there can often be anything from 50-200 young people using the facility.

Whilst the Level is now overwhelmingly a friendly and welcoming place, as with all busy city parks it has its challenges, which is where ROC stepped in. There is quite a large homeless community in Brighton and many ‘street- drinkers’ some of whom use the Level fairly regularly as a place to meet. There is also some low level Anti-Social Behaviour and evidence of drug use from time to time in certain parts of the Level.

About 18 months ago, ROC was approached by Sussex Police and asked to consider setting up a ‘pilot’ project at the Level. The Level was becoming an increasingly busy area for the police, particularly in the summer months, and consequently they were keen to explore community-led initiatives to make The Level a safer place for all.

After a period of community consultation including a ROC Conversation, hosted by the Salvation Army in Brighton, it was clear that the local community were looking for a visible and reassuring presence in the park, which would help to keep people safe. So the ROC Chaplaincy project was conceived and ROC began to recruit and train a number of volunteer chaplains, who came largely from churches across Brighton.

This project eventually went live in the summer of 2014 and was so well received by the police, council and the local community that it was extended until the end of September. In terms of funding, ROC was successful in applying for and receiving a grant of just under £3000 from the Sussex Police & Crime & Crime Commissioner which has funded the set-up and training costs of the project.

Paul Wilson ROC’s project Development Manager in the South East commented “It was vital that the ROC Chaplaincy met a real need at ‘The Level.’ Consequently, in the planning stage we were careful to meet with the police, who identified Saturday afternoons, as being one of the busiest times, so that was the time we targeted.” Paul continued, “We couldn’t be more delighted with the way it has gone, it’s great to see churches responding to a real community need, the feedback has been excellent.”