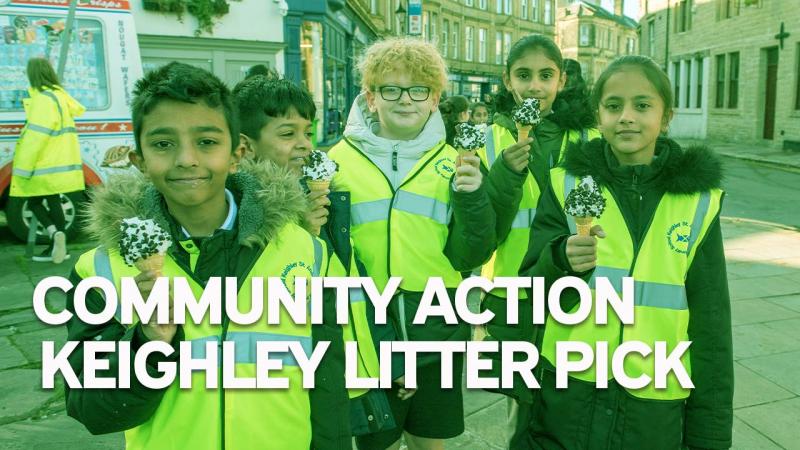 Scores of bags of rubbish filled by community litter pickers

The one-hour tidy was organised by ROC Keighley Group after it sent a survey earlier this year to Keighley primary school children to find out what they love about Keighley. The group also asked respondents what they would like to improve – and littering was raised by many of those who replied.

More than 150 children, teenagers and adults took part in the litter pick which resulted in 30 bags of litter that were piled up in Church Green before being collected by Bradford Council.

Keighley East district councillor Caroline Firth, who is on the ROC Keighley steering group and helped organise the event, said: “The turnout was absolutely fantastic. Everyone involved felt a real sense of community and pride after seeing their amazing efforts.

“Thanks to everyone who took part and to all the organisers, and also to Bradford Council cleansing, warden and ward officer teams for supplying equipment and taking all the rubbish away for us.”

As a thank you for taking part, volunteers were rewarded with an ice cream at the end of the litter pick.

Lisa Holmes, of not-for-profit organisation Keighley Photo Hub, took photos on the day and said: “It was lovely. Everyone was in great spirits and again it reaffirmed my faith in the generosity and community spirit that the lovely people of Keighley have. The ice creams went down a storm too.”

To find out more about ROC Keighley or to get involved, email Debra Green at [email protected]