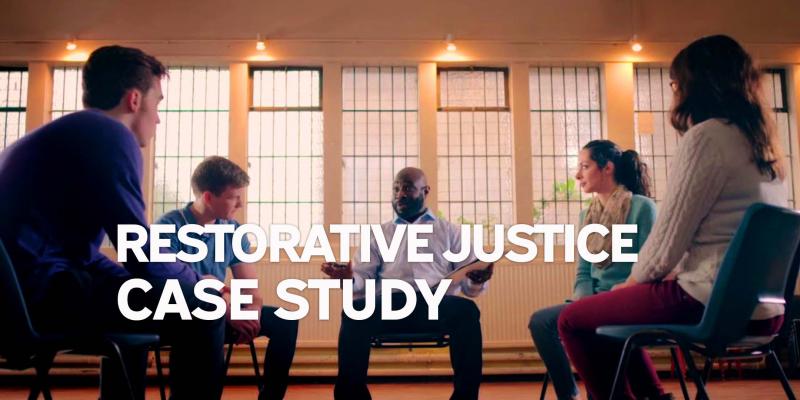 Stuart and Stacey were struggling to come to terms with a serious assault by someone they knew and the impact it had on their lives. Meeting the offender to fully explain how they’d been affected helped them to move on.

Gavin and Stuart met for the first time on a night out with their respective girlfriends who were good friends, and an altercation between Gavin and his girlfriend Louise was getting out of hand. Stuart’s girlfriend, Stacey, tried to intervene first, but in a drunken rage was pushed to the ground by Gavin, and then Stuart was assaulted which resulted in him being punched, losing consciousness and having to be rushed to hospital for life saving treatment. As no prosecution was to be brought by the police, Stuart reluctantly resorted to Restorative Justice to seek a way forward and move on from this devastating event. He wanted Gavin to fully appreciate the full impact of his actions on himself and Stacey, to provide a genuine apologise and pay for the damaged and lost items. Gavin was grateful for the opportunity to undertake RJ and get closure for himself and Stuart.

A meeting was held in person at which Gavin tried to explain himself and apologise, but this was not initially accepted, as Stuart and Stacey did not feel the seriousness nor the effect of his actions had been fully appreciated. Stuart explained that he had nearly lost his life, yet Gavin had fled the scene to avoid the police, and had been severely traumatised by the incident and suffered flashbacks for which he had received counselling, and had needed to take time off work. Stuart had also incurred expenses in terms of needing new glasses and jewellery that had been lost, and significant additional costs in accommodation as Stacey had to move from the area to avoid seeing Gavin.

By the end of the meeting, Gavin agreed to pay a generous contribution to the costs incurred by Stuart and Stacey, and provide a full letter of apology covering what had been discussed at the meeting. Due to the meeting, Stuart and Stacey realised the nature and value of the RJ process, while for Gavin, it helped him fully understand the consequences of his actions and the effect that it had on the victims. As he commented afterwards, RJ was a better option for him to learn more than simply be punished.

What an incredible outcome for all involved, including the ROC volunteers. This is why we do what we do.

(*All names have been changed)