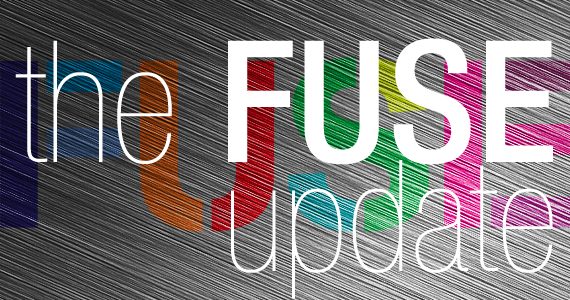 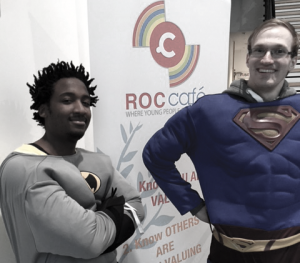 ROC moved our Headquarters to The Fuse youth and community centre in Partington, Manchester in August 2014.

Six months on we thought we’d update you about how things are going.

Our initial objective was to get the building re-opened and running effectively which presented a huge challenge as it had been closed and unused for about twelve months due to financial challenges faced by the previous occupants.

Young people are our primary focus, which is reflected in the number of new activities we have launched already, although we have also become a base for a number of other non-youth related projects such as Cherished Moments Adult Day Care Scheme and the South Trafford Foodbank. The ROC Café Plus opened on January 27th and we had 144 young people at the launch event. The project runs every Tuesday alongside a ROC Football club. The Junior clubs runs every Monday and Wednesday. Genetik sessions run every Thursday and so we have youth activities running four evenings every week.

In September we held a community consultation event called “Use The Fuse: Tell Us Your Views”. Alongside an online survey, this gave us plenty to think about in terms of the types of activities to start. You can see a list of some of our regular activities in the chart below, and there are many other projects starting in 2015. Since September we have had over 2000 people through the doors for a variety of activities including; a school awards night, a number of conferences, youth clubs, children’s holiday clubs and a number of football sessions.

Local businesses, housing associations and community groups have welcomed us and shown support. This has been really key to ensuring the long-term sustainability of the venue, as running costs are high and it has to work financially as well as a community centre.

Another way of securing the success of the Centre is to attract and train volunteers, so that projects can run a long time into the future. We hope that people who live locally might want to apply to be a volunteer with us in the near future. Forthcoming projects include a community cinema club, theatrical productions, basic computer/internet training courses, studio experience and more youth activities, all of which will need many more volunteers so please do contact us if you would like to apply to join our dedicated team.

In October we ran a successful half-term holiday club in partnership with Your Housing Group, and it has been great to see how much local people appreciated what goes on at The Fuse, see some of the comments of parents;

“My children thoroughly enjoyed attending and will definitely be attending again. Thank you”

“My children enjoyed everything and the staff were wonderful!”

“We did not even know the FUSE was back open until Batman and Flash turned up outside School. We were so impressed with the whole week, our son is usually quite quiet but to see him perform in a short show on Friday was such a boost to his confidence. We will definitely be telling our friends about it!”

We are delighted to have received a warm welcome in Partington and look forward to many years of fruitful work ahead. 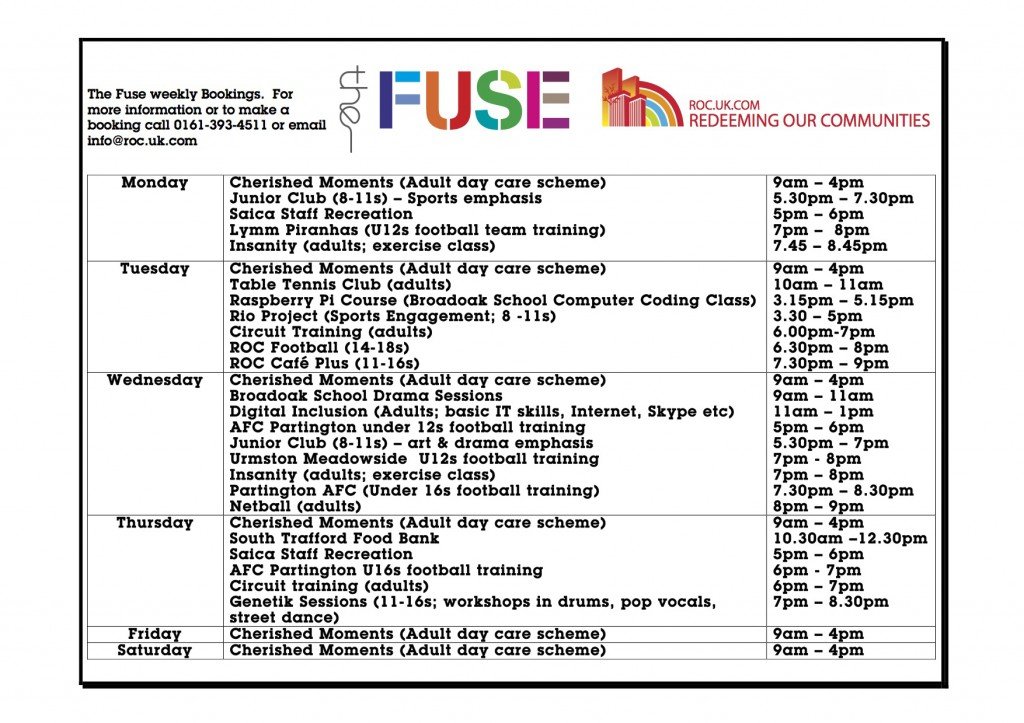